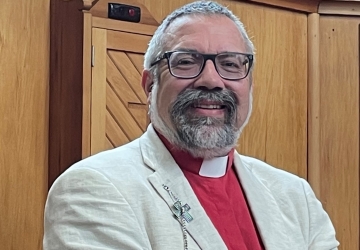 In early 2018 Tim and his wife Kim moved to Marton responding to Tim’s call to take up the role of Priest-in-Charge of the Parish of the Rangitikei. Tim and Kim have spent the last 7 years working in the Church and community of Palmerston North in a variety of roles. Over the last 4 years Kim has been working in the Rangitikei as Chaplain at NgaTawa Diocesan School – a role she is stoked to continue!

Alongside ministry they both enjoy tramping & biking, playing guitar & singing; Kim is an avid knitter and spinner, while Tim enjoys hunting, brewing, and tinkering in the shed. 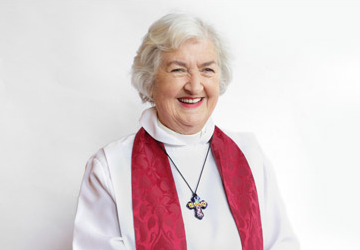 Robin was born in New Zealand, grew up in Kenya, and was educated in Kenya and England. She’s a trained teacher who has taught in New Zealand, Bangladesh, Zanzibar and the Pacific, and has trained specialist reading recovery teachers. She has also written 17 children’s books. Robyn was ordained as a priest in 2008. She is particularly passionate about music, and sees it as one of the main focuses of her ministry. “I love the liturgy and the work of a priest,” Robin says. She recently completed a degree in theology through Massey University. 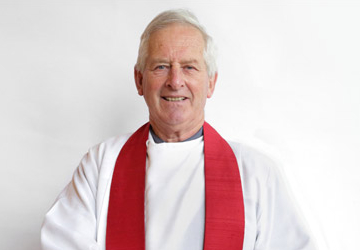 John is a fifth generation Rangitikei resident and comes from a farming industry background. He has been actively involved in the parish since the 1980s, serving as a vicar’s warden and a vestry member, and was ordained in 2007. That year he also helped start the Young Families Fellowship. One of the things he has enjoyed about his parish involvement has been getting to know people outside the usual professional relationships. “You come to value people through the church community and see them in a different light,” he says. John is also a keen local historian, with a special interest in architectural history. 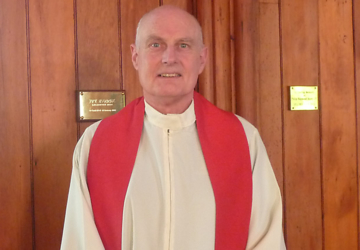 John was born and raised in the Wairarapa and has moved around the North Island for study, work and family, finally settling in Hunterville. Marlene and John are really enjoying the relaxed lifestyle and friendliness of the community. Being a self-supporting priest John gets to participate in worship in many different communities and feels especially privileged to take part in ecumenical worship in the region. John is particularly passionate about equipping, enabling and empowering people to reach their potential and to grow their relationship with God. On the personal level, John enjoys reading, walking, cycling, photography and listening to music. John also services and restores various craft equipment including spinning wheels and looms as Marlene is an avid fibre crafter. 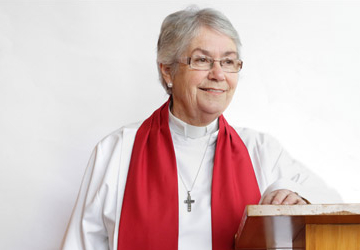 Before she was ordained, Diana was a lay minister in the Bulls and Rangitikei parishes. She’s also been an organist, a synod representative and a lay canon at Wellington Cathedral. Diana takes regular services at Edale rest home, and has a particular interest in ministry to the elderly. She is a mentor with the Education for Ministry (EFM) programme and a member of the St Stephens choir. In her spare time Diana knits with the Woolly Blessings group and makes baby quilts for the Women’s Fellowship quilt project.

Prior to moving to Bulls in 1961 Judith was involved with Youth Worship at St John’s in Feilding. Judith has enjoyed her spiritual life, first in the Bulls – Rongotea Parish, then in the Rangitikei Parish when the parishes amalgamated. Judith has grown spiritually through her involvement with the music at Mother’s Union and then as organist at St Andrew’s Bulls and other worship centres. Judith has always enjoyed the outreach at Archdeaconry and Diocesan gatherings and meeting with the spiritual leaders of the church. Judith joined the Cursillo movement and was ordained as a Vocational Deacon in 2006. Judith enjoys the pastoral care aspect of her ministry.

After thirty years of teaching and school-leadership in England, Peter and his wife, Trish, emigrated to N.Z. in 2006. They came at the invitation of Nga Tawa Diocesan School for Peter to take up the post of Head of Religious Studies and Philosophy and to be resident Chaplain. After six years they moved to the Wairarapa for him to become Vicar of the Parish of the Epiphany and Chaplain to Hadlow School. Originally this was to be for a couple of years but actually lasted five. Peter’s role now is that of Regional Hospital Chaplain (Central) in which he manages and supports the hospital chaplains in the area from the Cook’s Straight to Waiouru. Peter is a C.P.E. (Clinical Pastoral Education) Supervisor. He regularly teaches on this course, which is the standard NZQA recognized qualification for those involved in chaplaincy and pastoral care. He is the Registrar of the Australia and New Zealand C.P.E. governing body.

Originally from farming roots in North Canterbury, she has two school aged daughters and a foxy called Cuz. Bridget completed a Bachelor of Commerce after which she did some world travel and currently lives on a lifestyle block out of Marton. She appreciates all things old and historic so loves being involved in maintaining the heritage of our Parish and helping create sustainable systems in which it can grow.

Susan Groube is another mainlander come to join our growing ranks! Born and bred in Christchurch, Susan has lived in Marton with her husband Jason and children for the last seven years. Her two eldest children attend James Cook School, and she enjoys coaching their netball teams and being a hands-on parent. Susan has stepped into the role of Parish Administrator following Jan’s retirement .Susan is an active member of our Parish community. She is also an avid knitter, coffee drinker, tramper and cook!

Click on the links below to view location, service times and History of each individaul Church.